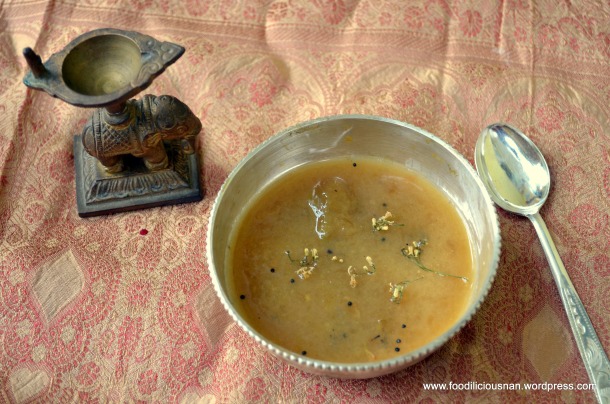 One day a friend of mine, just restured from the US, gave me a jar of bottled mano preserve. Now, for a kid, anything that is fancily packaged looks attaractive. Even though it was 9 pm and we had already had dinner, i got the go-ahead from my parents to open the jar and dig in. Imagine my parents’ surprise when one spoonful in my mouth later I exclaimed, “But this is like manga pachadi!”

And yes, that is when I discovered that even many continents apart, food can be similar. Like the north-Indian naan (a yeasted Indian flatbread) and the middle-eastern pita bread. For that matter, hummus is nothing but chickpea chutney. Last week, my well-travvedl brother-in-lw invited us over for dinner. He likes to cook and makes stuff that he learns from his travels abroad. He’s made a sumptuous salad with vinaigrette dressing and hummus and pita bread. My mother-in-law tasted the hummus and went: “This is nice, what chutney is it??”

And our manga pachadi is so similar to a typical mango preserve, except that it is made from raw mangoes and has a proper Indian tempering to it. There is no fixed recipe for this, as is the case with most Indian food! You can add more of this and less of that depending on the sourness of the fruit and your taste. The version in the picture is that of my mother-in-law. My mother’s is slightly different. 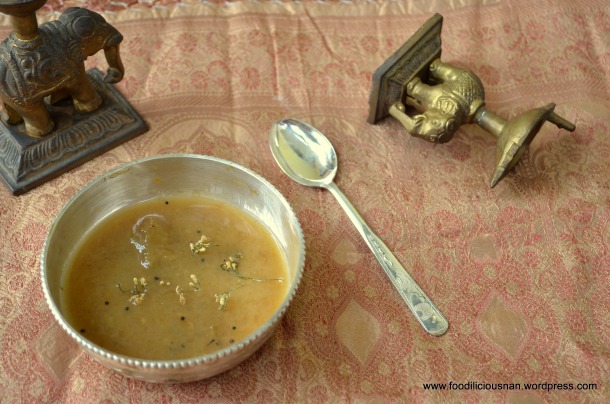 Incidentally, the raw mangoes came from the backyard of my hubby’s uncle who stays in tiny town called Manakkal in Trichy district in southern Tamil Nadu. It is a sprawling house with an even bigger backyard. And it was so much fun to pluck mangoes off a tree. The last time i did it was at my grandfather’s place more than 15 years ago!!! 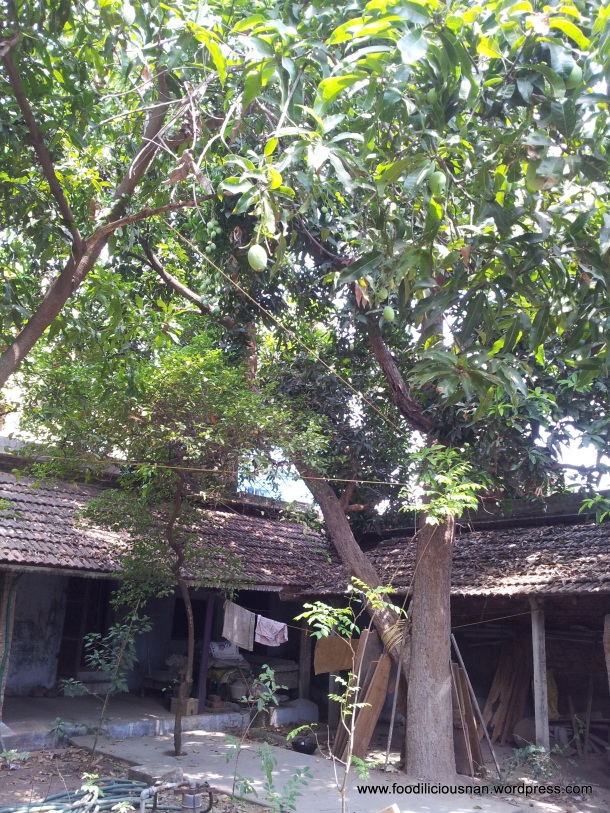 Mango tree in the backyard. How many raw mangoes can you spot? 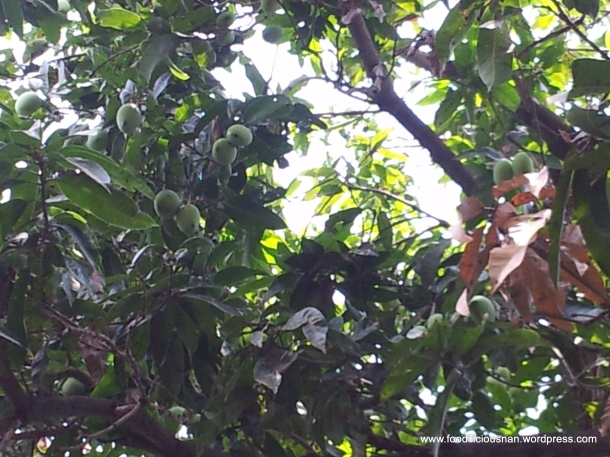 Here’s a closer look. There were easily a few hundred mangoes up there! 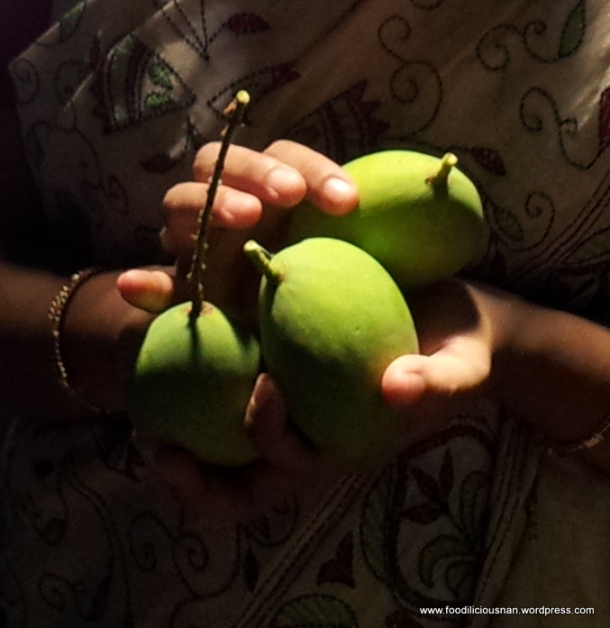 Plucked and waiting to be pickled and preserved!

This is my last entry under the theme Traditional (and seasonal too) for  Valli’s 30-day Blogging Marathon. I’d posted many occasion-specific dishes in the first week of April. The second week was all about traditional food. Since I wasn’t able to post on all days in week 2, I posted some traditional dishes that were also seasonal, which was the theme for Week 3.

Here are the posts I put up in the last three weeks:

From tomorrow, for a whole week, I’m going to put put up some creative stuff, with a recipe or two thrown in now and then.

Oil – 1 tsp (use a variety without a strong odour, like sunflower or canola)

Peel the raw mangoes and cut it up into small chunks. You could grate it too. Or even dice it and grind it coarsely. My mother-in-law slices off chunks and grates the rest as it get closer to the to seed. Pressure cook the mango chunks or boil in a pot of water till soft

Smash the jaggery into smaller bits. Add it to a cup of water and put it to boil

Once jaggery melts, strain to remove impurities if any and put it back on heat

Once jaggery mixture starts boiling, add cooked mango and let it cook for a few minutes to let the jaggery seep into the mango. Remove from heat

Heat oil in a pan and add mustard seeds. Once mustard splutters, pour it over the manga pachadi

If you’re using dried neem flowers, fry it in a teaspoon of ghee till it turns black and aromatic. Pour this over the pachadi and serve

My mother adds a green chili broken into two and a few curry leaves to the tempering.

PS: Grate the mango instead of cutting into chunks, cook it in jiggery syrup for longer to get yummy raw mango preserve